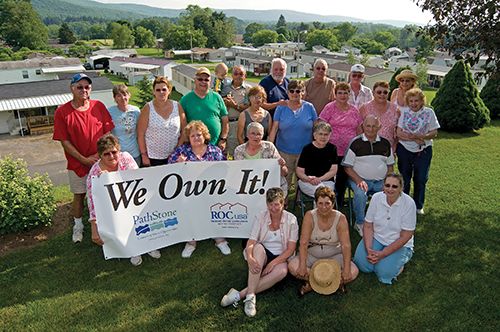 The ROC Association is accepting applications for its 2020 Better Together Grants Program for Community Projects and Rebranding through July 19.

Applications will be reviewed by ROC Association directors, and approved applicants will be announced July 31. Projects must be completed by December 31.

Grants are available for up to $2,000 with a total of $15,000 available. The application is available in English and Spanish.

This year, projects must be completed while meeting local and state social distancing guidelines. Grant winners must also provide before, in-process and after photos of their project.

The projects are meant to meet the health and safety or re-branding needs of Resident-Owned Communities (ROCs), as well as bring neighbors together in solidarity. In the past, ROC leaders have used these grants to fund projects in their communities such as repairing a community center, installing speed bumps, putting in security lighting, changing the community name, or installing new signage. Projects can also include installing playground equipment, landscaping, etc.

In October 2010, ROC leaders who attended the Community Leadership Institute in Louisville developed a community grants program idea that would both help fellow ROCs as well as engage new leadership in the co-op. The ROC USA® Board of Directors has included the program in its budget since 2010. In 2019, the ROC Association funded a separate rebranding grant to fund improvements to public-facing portions of their community. This year, these grants are combined into one fund—the Better Together Grant Program for Community Projects and Rebranding.