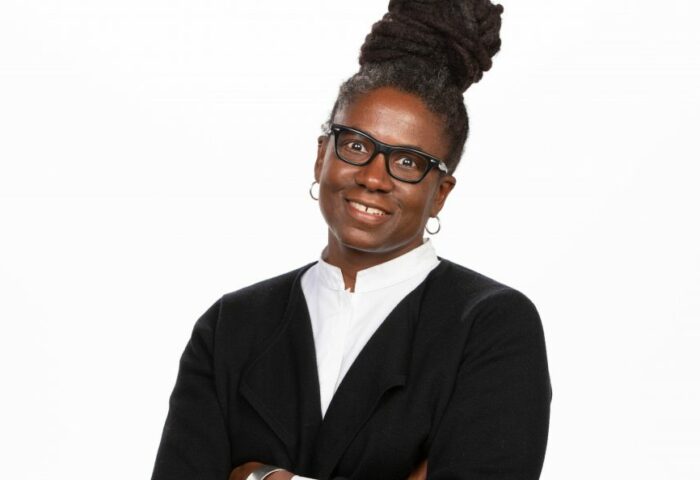 Tune in to WOL 1450 AM, 95.9 FM and WOL Live Stream on Thursday, April 21 at 10:30 am EDT for Everything Co-op, hosted by Vernon Oakes. This week, Vernon interviews Stacey Sutton, Associate Professor in the Department of Urban Planning and Policy, and Director of Applied Research & Strategic Partnerships at UIC’s Social Justice Initiative. The discussion will focus on Sutton’s Real Black Utopias, a cooperative city research study, where she examines the infrastructure and ideology of Black-led cooperatives and solidarity economy ecosystem in multiple cities.

Sutton partners with grassroots and community organizations committed to racial and economic justice, equitable development, anti-displacement, participatory democracy, and cooperative economics. Her scholarship and teaching are in community economic development, with a central focus on racial and economic justice; economic democracy and worker-owned cooperatives; movement building and the solidarity economy; gentrification and dispossession; neighborhood small business dynamics; and disparate effects of punitive policy.

Sutton has led APA award-winning student projects for the Plan Making Studio and co-developed feasibility studies for community partners in her Solidarity Economy course. She served as the principal investigator of a Mellon Foundation Sawyer Seminar (entitled Urban Edges – Dreams, Divisions, and Infrastructures: Comparative Cross-Disciplinary Dialogues about 21st Century American Cities) that brought together leaders within and beyond the academy to advance visions of more just and equitable cities. Sutton has supported the work of numerous community organizations in Chicago and was appointed to the Community Wealth Building Working Group, Office of Equity and Racial Justice in the City of Chicago’s Office of the Mayor.

Sutton received a BA from Loyola University in Baltimore, an MBA from New York University, an MS from the New School for Social Research in New York, and a joint Ph.D. in Urban Planning and Sociology from Rutgers University in New Brunswick, NJ.