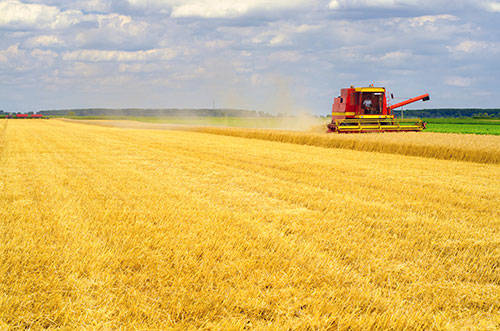 Since 1930, co-ops across the U.S. have convened every October to celebrate the cooperative movement’s history and economic impact on communities nationwide. This year, the United States Department of Agriculture (USDA) marked the launch of Co-op Month by announcing milestones set by agriculture co-ops nationwide:

“These sales and net income records for ag cooperatives, combined with strong gains in employees for 2013, underscore the strength and productivity of the nation’s farmer- and rancher-owned cooperatives. These co-ops play a vital and growing role in the nation’s economy,” Vilsack said.

Secretary Vilsack made the announcement to mark the start of National Co-op Month in October. He also signed a Co-op Month proclamation that salutes the nation’s entire cooperative business sector, which includes about 30,000 co-ops. In addition to agriculture, the nation’s co-ops play a major role in electricity and telecommunications services, credit and financial services, housing and in many other sectors of the economy.

Ag co-ops also enjoyed record net income (before taxes) of $6.2 billion, besting the previous high of $6.1 billion, set in 2012. Co-op income is either reinvested in the co-op for needed improvements or returned to the member-owners. It then circulates in local communities.

In addition to marketing and processing their members’ crops and livestock, co-ops are also major players in the farm supply market. Co-op sales of petroleum, feed, seed and crop protectants were all up in 2013. Fertilizer sales declined, the only major farm supply to see sales drop in 2013.

With grain and oilseed prices generally lower in 2014, it appears unlikely that co-ops will set a fourth consecutive sales record when the results are tallied next year. However, livestock, poultry and dairy producers and their co-ops will benefit from lower feed costs, which should offset at least some of the decline in revenue from grain and oilseed sales.

The value of cooperative assets fell in 2013 by almost $1 billion, with liabilities decreasing by $5.3 billion and owner equity gaining $4.5 billion. Equity capital still remains low but is clearly showing an upward trend, with a 15 percent increase over the previous year.

Patronage income (refunds from other cooperatives due to sales between cooperatives) increased by almost 33 percent, to $1.2 billion, up from $900 million in 2012.

U.S. farm numbers remained about the same in 2013 as in 2012, with USDA counting 2.1 million in both years. There are now 2,186 farmer, rancher and fishery cooperatives, down from 2,236 in 2012. Mergers account for most of the drop, resulting in larger cooperatives.