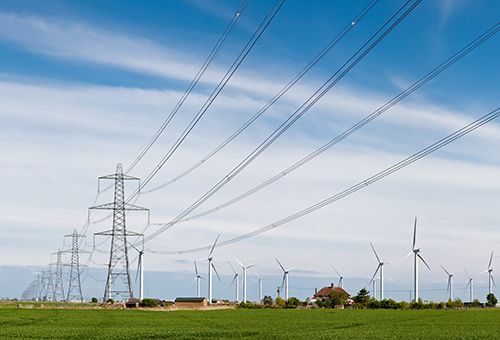 Agriculture Secretary Tom Vilsack this month announced that the U.S. Department of Agriculture is providing more than $100 million in loans to build or improve 1,000 miles of electric transmission and distribution lines for rural electric cooperative utilities in four states.

“We commend rural electric cooperative utilities nationwide as we celebrate the 80th anniversary of the creation of the Rural Electrification Administration,” Vilsack said. “Investments we make to provide rural communities with electricity are critical to our nation’s economy. Our commitment to rural electricity has powered our growing agricultural exports, a burgeoning bio-economy and the quality of life for rural Americans.”

Thumb Electric Cooperative of Michigan will use a $25 million loan to build or improve 93 miles of line and make other system improvements, including a $2.7 million smart grid investment.

In North Dakota, Slope Electric Cooperative, Inc., has been selected to receive a $12.5 million loan to build or improve 66 miles of line and make other system improvements, including $432,000 for smart grid technologies.

USDA’s Rural Utilities Service, which funds utility infrastructure in rural areas, is the successor to the Rural Electrification Administration (REA), which was created by then-President Franklin D. Roosevelt on May 11, 1935. Congress approved statutory authority for the REA on May 20, 1936. The agency became part of USDA in 1939.

“While the country suffered in the Great Depression, President Roosevelt led a national commitment to bringing power to rural America,” Vilsack added. “That commitment helped make America the breadbasket of the world and most productive country in history. USDA’s Rural Utilities Service is honoring that commitment by taking on today’s challenges, including smart grid technology and advanced telecommunications and broadband access.”