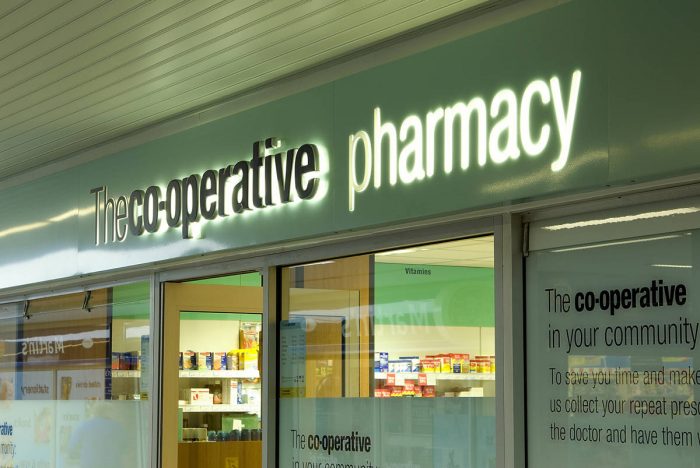 In the past few months there have been various news articles regarding the challenges being navigated by The Co-operative Group, the largest cooperative organization in the United Kingdom, with over 7 million members. Headquartered in Manchester, England, The Co-operative Group has more than 100,000 employees across the UK.

In a recent article published in The Guardian, Dame Pauline Green, president of the International Co-operative Alliance (ICA), commented on these challenges facing the Co-operative Group and shares some of her conclusions regarding the recent turmoil. Her critical insight and commentary stems from more than 30 years in senior leadership positions within the United Kingdom’s co-operative movement.

The recent turmoil in the Co-operative Group came about because the mutual’s managers lost sight of what makes it special “The Co-op’s heart beats to a different rhythm.” So said a Guardian leader column trying to put some sense into the changes at the top of the Co-operative Group. But the recent convulsions at the heart of the group threaten the very future of this difference, and what it means to be a co-operative.

Unlike most businesses where the bottom line is profitability, the rhythm of a co-operative is different. It has a triple bottom line – investment in the business, an economic return to members, and care for the community. So yes it is a business, and it must make profits, but it does not need to maximise profit at the expense of member interests.

Members own their co-operative. This is the critical relationship that Euan Sutherland, who recently resigned as chief executive of the Co-operative Group – claiming that it was ungovernable – struggled with. The group might look ungovernable when viewed through the prism of a stock market listed business. But is it inherently so? Certainly not.

I urged a different governance approach in 2008 when the two largest consumer co-operatives in the UK merged to create the Co-operative Group and introduced a new constitution. So changes are needed. But there are other huge, complex and successful co-operative business in other parts of the world.

As someone who has played a senior role in the UK’s co-operative movement for some 30 years, and currently chairs the International Co-operative Alliance, I have watched with increasing concern and despair as, first, the Co-operative Bank fell out of the movement’s hands, and, second, the relationship between executive management and lay members of the Co-operative Group fell apart so spectacularly.

Right through the financial collapse and recession, the co-operative movement has been growing across the world. Owned by nearly 1 billion of the world’s citizens, employing tens of millions around the world, with 25% of the global insurance market, providing electricity to over 42 million consumers in the United States, and with its largest 300 co-operative and mutual businesses having a combined turnover of $2.1 trillion, co-operatives already play an important role in the global economy. In many countries they are the backbone of the real economy – supporting local communities, urban and rural, through a huge worldwide network of small enterprises in local agriculture, community finance and just about every sector of the economy.

This is not a “worse” model of business but a different model, that provides the distinctive rhythm of the co-operative pulse. Yet after the coverage of the group’s problems, you could be forgiven for thinking the co-operative model is not suited for modern business. If that is the case, how is it that the investor-led business model – which failed so disastrously for us all during the global financial collapse – is still suitable for the global banking sector?

The current problems at the Co-operative Group come down to a culture clash between the management and the members, who own it. Leading a co-operative business is a complex mix of professional skills, respect for the participatory model of ownership, and adherence to our globally recognised principles. It requires someone prepared to understand and work with the grain of a business that has a quite different raison d’etre from the predominant business model in the UK.

Over the last year, as the new management at the group rightly moved to deal with the huge problems presented by the Co-operative Bank, and its potential impact on the group itself, two things became clear.

First, at a time when group members should have been consulted about how they wanted their co-operative to develop, the exact opposite happened. Virtually all those with knowledge of how to manage decision-making in a co-operative were removed from the most senior level. This was compounded by moving the entire new executive management team from the Manchester head office to an office in London, thereby undermining confidence and morale in Manchester, and isolating the executive group from everyday contact with the remaining vestiges of co-operative knowledge and experience.

These two problems were compounded by the ill-judged “Have Your Say” survey, which crystallised fears among members about the downgrading of their ownership rights by asking leading questions that appeared to be an attack on principles such as an economic return to members and member control. The media coverage of the unexpected early release of the report into the Co-operative Group’s governance by Lord Myners exacerbated these concerns.

If ever there were a time for the co-operative movement to show its mettle, this is it. The group has serious problems: the recruitment of the next chief officer is more vital than ever. The new CEO must have an understanding of, and commitment to, co-operative values and principles, and demonstrate the capacity to repair the damage done to the relationship between members and the executive. For this to work, the eyes of the Co-operative Group need to lift upwards, beyond internal personality politics and power struggles and towards the thriving co-operative movement in the UK and internationally.