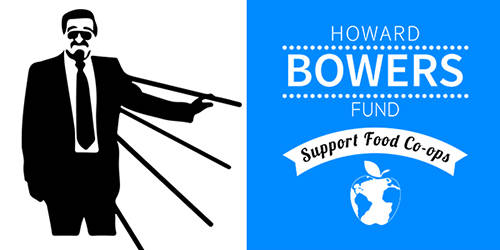 The Cooperative Development Foundation (CDF) recently approved $17,250 in Howard Bowers Fund grants to support training for cooperative boards, management, and staff. Grants were made to the following organizations:

• Placerville Natural Foods Cooperative of Placerville, California, received $3,000 for its board and general manager to participate in the year-long CDS Consulting Cooperative’s Cooperative Board Leadership Development program.

• Sitka Food Co-op of Sitka, Alaska, received $1,000 for training to help it transition from a buying club to a retail food cooperative.

• Indiana Cooperative Development Center in Indianapolis, Indiana, received $5,000 for its regional conference for start-up and newly opened food cooperatives, “Up and Coming, Up and Running.”

These grants are made possible through the Howard Bowers Fund, named after Howard Bowers, who dedicated his life to the consumer cooperative movement. In his five-decade career, he worked for cooperatives across the Midwest, mentored hundreds of food cooperators, and was in large part responsible for reviving the Consumer Cooperative Management Association. Since its establishment in 1993, Bowers Fund has made over $350,000 in grants to support the food co-op sector. While contributions are raised through events at the Consumer Cooperative Management Association conference and other fundraising events, anyone can contribute at any time.

The Bowers Fund is accepting grant applications until January 15, 2015, from start-ups and cooperatives in operation less than a year. Grants in the range of $1,000 are typical in this round of grant-making.

The Cooperative Development Foundation is a 501(c)(3) non-profit foundation headquartered in Washington, DC. CDF’s mission is to promote community, economic and social development through cooperative enterprises.