The online election will open on March 25 and close on April 26; during this period, NCBA CLUSA members in good standing will be able to cast their votes. Your participation helps us set the strategic vision for the organization, ensuring that NCBA CLUSA remains a dynamic voice in the cooperative space.

The election results will be announced at NCBA CLUSA’s Annual Business Meeting & Virtual Town Hall, which will be held on May 7, 2019 in Washington, D.C., during Co-op Week.

Keep reading to learn more about our candidates. 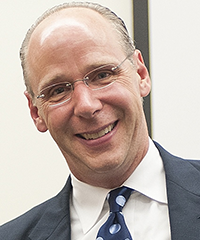 ROC USA® operates through a network of currently nine nonprofit technical assistance providers and a subsidiary CDFI, ROC USA Capital. The network has preserved over 15,000 affordable homes and 230 communities in 16 states, and ROC USA Capital has delivered over $200M of financing since 2009.

In 2011, Paul was selected as an Ashoka Fellow and, in 2013, was named Social Innovator of the Year by the Carsey Institute at the University of New Hampshire, his alma mater. In 2014, Paul was honored with the Jerry Voorhis Memorial Award by the National Association of Housing Cooperatives and coinciding with ROC USA’s tenth anniversary in 2018, Paul was inducted in the Cooperative Hall of Fame. 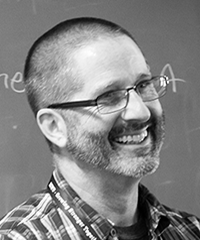 Erbin Crowell serves as Executive Director of the Neighboring Food Co-op Association (NFCA), a regional secondary cooperative of 35 food co-ops and startup initiatives in New England and New York State dedicated to supporting the shared success of its members through peer collaboration and innovation, marketing and education initiatives, and regional sourcing projects.

He was born in inner city Washington, DC, and grew up there and in rural Virginia, Arkansas, and New Mexico. While studying at Brown University, Erbin was part of an independent study on socially responsible business where he learned about the worker co-op and alternative trade organization Equal Exchange, which he later joined as a salesperson in 1997. Continuing in the marketing and education department, he established and led a successful department dedicated to partnerships with relief and development organizations to expand the impact and understanding of Fair Trade and cooperation among communities of faith, leading numerous delegations to visit coffee farming co-ops in Latin America and Africa.

He later created a program applying Fair Trade principles to domestic products, creating partnerships with an organic almond co-op and the Federation of Southern Cooperatives to market value-added foods to consumers. He remained with the Equal Exchange for more than a decade before leaving to pursue a deeper understanding of cooperative development, including work with nonprofit organizations including the Cooperative Fund of New England and the Cooperative Development Institute. Erbin received his Master of Management: Co-operatives & Credit Unions from Saint Mary’s University in Nova Scotia, thanks to a scholarship from the National Cooperative Bank.

In 2010, he designed and delivered an undergraduate course on cooperative enterprise at the University of Connecticut-Storrs. Since 2012, Erbin has served as an adjunct lecturer at the University of Massachusetts-Amherst, teaching courses on the cooperative movement and collaborating with the Department of Economics on curriculum development and coordination of an undergraduate Certificate in Applied Economic Research on Cooperative Enterprise that includes internships with local co-ops. He is running for re-election to NCBA CLUSA’s Board of Directors. 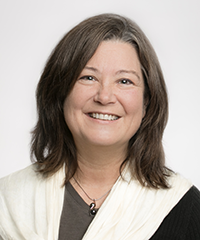 Diane became involved with the cooperative movement in 2000 through her work with the Washington Rural Electric Cooperative Association (WRECA) as their Office Manager/Legislative Assistant. In 2003, she joined NWCDC and since then grown the center from two to nine employees, providing co-op technical assistance to more than 1,500 people annually.

In 2009, NWCDC became a ROC USA Network affiliate and Diane has been a ROC USA, LLC Board Director since September 2013. A proponent of strategic partnerships, NWCDC is also an active member and promoter of CooperationWorks!, for which she is also a Board Director. Prior to WRECA, Diane spent 13 years in banking services. She received her Master’s of Public Administration from The Evergreen State College. 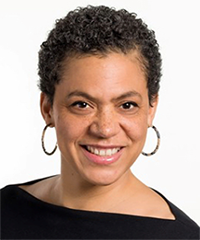 Director of Operations since 2013, Anya Irons began working at the Urban Homesteading Assistance Board (UHAB) in 2007. She also serves as General Counsel (UHAB’s sole in-house attorney) and Director of Co-op Development, overseeing the rehabilitation and co-op conversion of UHAB’s development pipeline. With legal matters an integral part of preserving the affordable co-ops created by UHAB, Anya helps ensure the survival of this unique form of homeownership and fields issues on co-op management and interest inheritance. Anya’s other legal specialties include elder law and wills, trusts and estates. She is a graduate of Sarah Lawrence College and New York Law School.

UHAB is a 45-year old affordable housing nonprofit that creates opportunities for resident empowerment by supporting low-income residents to take control of their housing solutions, and build their communities through cooperation. 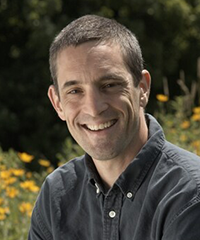 Jerry McGeorge is a lifelong organic consumer who has been with CROPP Cooperative/Organic Valley for 20 years, holding numerous positions. During his tenure, he led the development of numerous departments, including Human Resources, Learning & Organizational and Development, Legal Affairs, Government Affairs, Investor Relations, Facilities Management, and Sustainability.

Currently, Jerry serves as Vice President of Cooperative Affairs. In this role, he oversees the departments of Human Resources, Learning & Organizational Development, and Sustainability. Jerry is actively involved in the startup and development of cooperatives and has consulted with several co-ops during their startup phase. From 2006 to 2015, Jerry was a founding member of the Wisconsin Organic Advisory Council, charged with advising the Wisconsin Secretary of Agriculture and other government officials on issues and policies related to Wisconsin’s organic industry.

In his community, Jerry serves on the Center for Special Children board, and is board president for the Youth Initiative High School in his hometown of Viroqua, Wisconsin. Jerry is a past member of the board for the Viroqua Food Co-op. He is running for re-election to NCBA CLUSA’s Board of Directors.He earned a Bachelor of Social Work degree from Middle Tennessee State University. 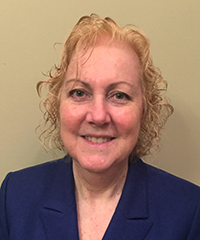 Deb Trocha has been the executive director of the Indiana Cooperative Development Center since 2006 and during that time has worked with many different types of cooperatives from food co-ops and food hubs, to housing, to agriculture, to artists. She is committed to increasing awareness of cooperatives and is passionate about the cooperative business model’s ability to empower people and their communities.

During her tenure the organization has grown its educational programming to include a number of events highlighting and promoting cooperatives including the Crossroads Cooperative Summit, the Up & Coming food co-op conference, and Cooperatives in Diverse Communities.

Trocha has helped raised the profile of cooperatives in Indiana through her advocacy efforts. ICDC has secured “Co-op Week” proclamations from the Governor since 2010 and in 2016 hosted the first “co-op showcase at the statehouse.”

Prior to coming to ICDC, Debbie worked for sixteen years in small business development, the last eight as executive director for the Indiana Small Business Development Center network, a program of the U.S. Small Business Administration. She has served on a number of boards including two terms as board chair of CooperationWorks!, the national cooperative development network; the Cooperative Development Foundation; the Indianapolis Food Policy Council; the Indiana Farm to School steering committee; Indiana Grown Commission member; MarketMaker Policy Advisory Council. She is running for re-election to NCBA CLUSA’s Board of Directors.

In 2005, Indiana Gov. Joseph Kernan acknowledged Trocha’s efforts in assisting Indiana’s small businesses and entrepreneurs by awarding her a Sagamore of the Wabash, the highest honor bestowed by the governor.