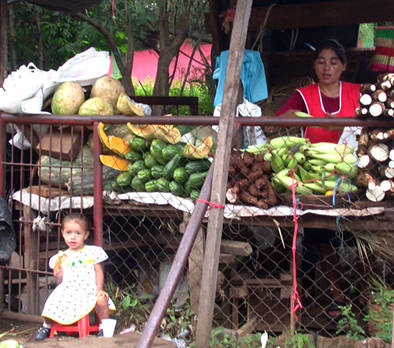 The four-year cooperative and food security development project is expected to spur cooperative governance in the region, promote equal access in the marketplace and expand rural households’ income-generation ability. It is an extension of the existing CDP III, which has fostered cooperative development, collaborative partnerships and economic growth globally since 2010.

NCBA CLUSA’s Cooperative and Food Security Development project in Guatemala has several anticipated results: formalize and modernize the business plans of 25 pre-cooperatives selected on the basis of level of need, potential for growth and membership demographics; create or strengthen 20 new business units within the private sector; and provide 200 grants to launch or improve existing small businesses.

Not only will this project strengthen productivity and diversification, it is also expected to address persistent hunger in Guatemala through a “nutrition-led agricultural production” approach designed to combat nutritional deficiencies in pregnant and lactating women and children under the age of five. NCBA CLUSA will work to create an environment of nutritional stability for 1,000 rural households.

At almost 50 percent, Guatemala has the highest national level of chronic malnutrition in the Western Hemisphere. Poverty and malnutrition worsen significantly in rural areas—especially among indigenous communities—where malnutrition rates can climb to 70 percent and more than half of the population lives below the poverty line.

Despite a lingering cultural tendency to grow maize, beans and other traditional subsistence crops rather than move into more profitable value chains, Guatemala is a bright spot for non-traditional agricultural exports in Central America. The country is recognized as a leader in developing this sector.

Thousands of small coffee growers in the Western Highlands help supply a global niche market for specialty coffee. The industry creates some two million jobs every year for rural families.

Continued diversification and increased productivity are expected to begin reversing rates of malnutrition in Guatemala. The government’s “Zero Hunger Pact” is its first collaboration with the private sector to measurably reduce chronic malnutrition and hunger-related mortality in children under five.
NCBA CLUSA will help integrate a spectrum of efforts through its successful cooperative-led approach, not only addressing nutritional deficiencies, but also promoting inclusion, capacity and asset building for all community members.

NCBA CLUSA will work closely with USAID, FUNCAFE, RVCP, Agexport, Save the Children and other development programs, along with their respective local counterparts, to avoid duplication of efforts and target households not otherwise served.