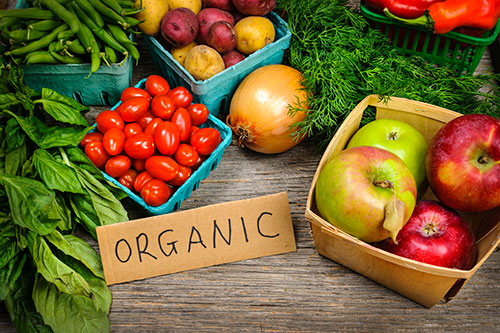 As U.S. consumption of organic food grows, so does the demand for a new crop of young farmers committed to sustainable agriculture. Through a recent donation to the Future Organic Farmer Grant Fund, the National Cooperative Grocers Association is helping to support the next generation of organic farmers:

National Cooperative Grocers Association (NCGA) and more than 30 partners are proud to announce a donation of $50,437 to the Future Organic Farmer Grant Fund.

A collaborative program of the California Certified Organic Farmers (CCOF) Foundation, the Future Organic Farmer Grant Fund is committed to teaching and promoting organic farming among new and upcoming farmers. The grant supports education programs for students interested in sustainable agriculture nationwide, and in an era of aging farmers, targeting the youth is crucial.

Emily Barber, 2014 grant recipient and organic farming student at Washington State University, said, “I want to be among the brave farmers who dare to produce food that will make their customers healthier, their communities stronger, and will work in tandem with our environment.”

Today, more than 80 percent of U.S. households purchase organic products. Sales of organic food in the United States reached more than $31 billion in 2012, compared with $1 billion in 1990, according to the Organic Trade Association. But demand continues to outpace the supply as farmers age. The Census Bureau reported that the average age of the American farmer is 57, and the fastest-growing age group for farmers is 65 and older.

“Among the challenges to meet the rising demand for organic products that are healthy for both people and the planet is the need for new organic farmers and entrepreneurs,” said Cathy Calfo, Executive Director and CEO, California Certified Organic Farmers.

NCGA’s donation is made in spirit of its annual Convergence Grocery and Wellness Conference, which this year focused on generative relationships with family farmers. The conference connects hundreds of co-op staff with suppliers for purchasing opportunities while engaging attendees with presentations, panel discussions and discovery.

“We always want this event to educate and inspire co-op staff,” said Ben Nauman, NCGA director of Purchasing. “But beyond that, we wanted to demonstrate that co-ops can have a meaningful impact on relevant food issues by coordinating a substantial donation to the Future Organic Farmer Grant Fund.”

NCGA was able to leverage relationships with manufacturers, suppliers and other partners to maximize its initial contribution of $20,000. Nearly three-dozen manufacturers pledged donations as part of their Convergence sponsorship agreement, contributing an additional $7,500 to the fund. UNFI, NCGA’s biggest supplier, generously pledged a minimum of $10,000 to the fund as part of its participation in Convergence, and also committed to making matching donations based on sales acquired during the event, which resulted in raising more than $10,000 in additional funds. In total, NCGA’s Convergence event generated an impressive donation of $50,437.

“We feel it’s critically important that the next generation of farmers receives the training and opportunities they need, and we’re proud to take part in this initiative” said Robynn Shrader, CEO of the National Cooperative Grocers Association.