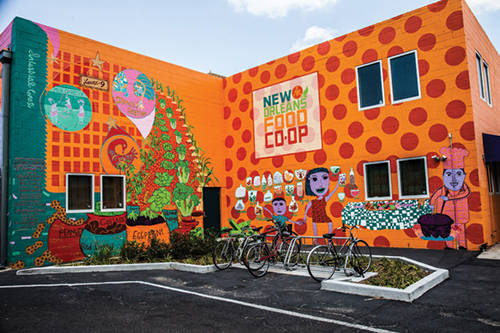 The New Orleans Food Co-op is the first recipient of grant funds distributed by ASI Federal Credit Union, which recently won a $3 million federal grant for a revolving loan fund. According to this article published by The Times Picayune, the Harahan, Louisiana-based ASI FCU is one of a dozen financial institutions with a focus on community development to win federal money in the initial round of grants awarded through the Healthy Food Financing Initiative, a U.S. Department of Treasury program in step with the Obama Administration’s efforts to increase access to healthy, affordable food in underserved communities. The Credit Union National Association shared this press release:

In the wake of Hurricane Katrina, New Orleans and its residents have struggled with securing high-quality food, an ironic dichotomy given the city’s deep history of eclectic cuisine.

To combat this problem, ASI has packaged the $3 million it received in CDFI grant funding to create a revolving loan fund that will go towards strengthening food distribution in the low-income areas of New Orleans.

The New Orleans Food Co-op, a local organization that strives to provide accessible, local, healthy food at a fair price to the community, was announced recently as the first business that the credit union has partnered with to address this issue.

The program aims to ramp up the availability of nutritious food in the areas surrounding the Orleans, Jefferson and St. Tammany parishes that often lack such access.

Meanwhile, ASI FCU continues to look for additional opportunities to partner with local businesses that will help further its mission.

Projects that can be funded through the HFFI program include: