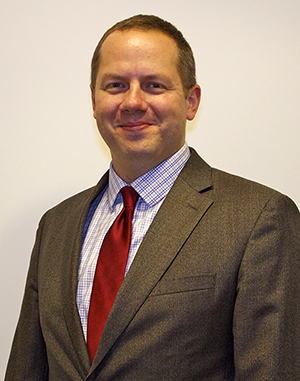 NCBA CLUSA is pleased to announce the appointment of Peter Frank as executive director of the newly incorporated Philadelphia Area Cooperative Alliance (PACA).

Frank assumes the position under the terms of a Memorandum of Understanding between NCBA CLUSA and PACA, the latest cross-sector cooperative alliance to organize as a Cooperative Business Association.

Frank is an ardent supporter of cooperative development nationwide, particularly in and around Philadelphia, where he has been working to formally establish and organize PACA since its founding in 2011. The association recently incorporated, established bylaws and obtained 501(c)(3) status.

His first priority as executive director of PACA, Frank said, is to “gather around the most talented and enthusiastic folks who can represent the diversity of the co-op movement in Philadelphia.”

PACA will hold its first Annual Membership Meeting and elect its first Board of Directors this November. The alliance is accepting nominations of Philadelphia-area cooperators through September 30.

Frank brings to the position years of experience working to grow the cooperative movement in Philadelphia. Most recently, he served as organizational development coordinator at Mariposa Food Co-op in West Philly. He also serves on the board of The Energy Co-op. In 2011, Frank worked as advocacy coordinator for Cooperation Works, supporting legislation introduced to the U.S. House of Representatives to develop co-ops in underserved communities.

Frank’s overarching goal at PACA is to create a sustainable organization that has measurable impact on the surrounding community.

“Although we’ve been operating as an all-volunteer organization for the past three years, we’re now entering a completely different realm,” he said. “We want to ramp up operations to a significant scale where we can create demonstrable impact on the local community through cooperatives.”

Through financial and staff support, NCBA CLUSA is pleased to facilitate PACA’s movement from a volunteer alliance to a staffed organization with a clear mandate to grow the cooperative economy in the Philadelphia area.

“We have a very long history of cooperatives in the Philadelphia area, going back to Ben Franklin developing the first mutual insurance company in the U.S.,” Frank said. “So we have a lot of co-ops, but we’re still a relatively small part of the economy.”

As PACA cements its reputation as the cooperative hub in Philadelphia, Frank said the organization is in a unique position to raise the profile of cooperatives and public awareness of their impact. “Rather than focusing on one sector, we’re able to promote the broader mission of co-ops and educate the public in a very basic way about what it means to be a co-op and why shared ownership and democratic governance are important,” he said.

Frank lives in Philadelphia’s East Kensington neighborhood with his wife, Emily, and son, Arthur. Frank and his neighbors are in the process of launching the Kensington Community Food Co-op. They have chosen a location and are now working to finalize capital.

“I’m feeling good about this ambitious goal,” Frank said. “It’s going to be a wonderful store in a community that needs it. We don’t have many good, healthy food options in East Kensington.”

As the national convener of CBAs, NCBA CLUSA embraces the responsibility to provide guidance, structure, resources and leadership to ensure long-term success for each group. NCBA CLUSA believes that CBAs are critical to the next phase of grassroots cooperative growth in the United States.

If you would like more information on how your local organization can get involved, click here to send an email to Tom Decker, NCBA CLUSA’s director of Cooperative Development.