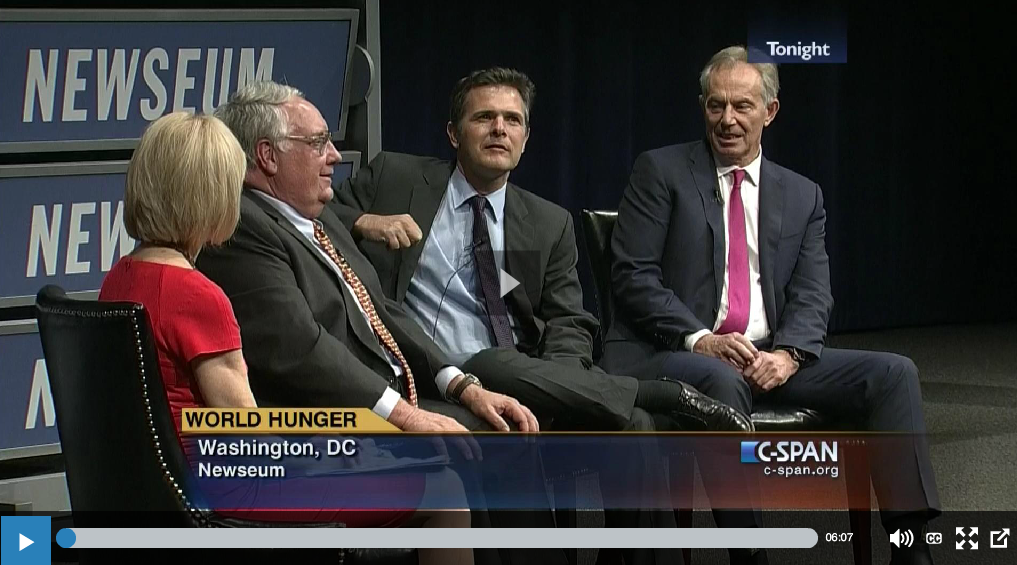 Speaking on food security at the opening of his 40 Chances exhibit at the Newseum in Washington, DC, philanthropist Howard Buffett (son of investor Warren Buffett) praised cooperatives for their role in connecting smallholder farmers to local and international markets. NCBA CLUSA’s Amy Coughenour was able to ask a question on the role of co-ops and farmers associations in the Howard Buffett Foundation’s work during the panel, which also hosted Emmanuel De Merode, Director of Virunga National Park. Earlier in the evening, former British Prime Minister Tony Blair also spoke.

“I think co-ops are a really important aspect to having success,” said Buffett. He discussed how working in Central America, his organizations supported a cooperative in their efforts to get a lawyer to help the organization get through the bureaucratic laws for export market access. Working at the organizational level helps those who individually would not be able to access those markets.

See the short video with his comments here.