It all started in 2010 when Bloomingfoods Co-op in Bloomington, Indiana, and the Indiana Cooperative Development Center (ICDC) were inundated with calls from people seeking guidance on starting a food co-op. Growing steadily since then, the Up & Coming Food Co-op Conference now draws close to 200 attendees every year and over 100 co-ops nationwide—from as far away as Alaska—since its inception.

The 2017 Up & Coming Food Co-op Conference, scheduled for March 10-11 in Milwaukee, Wisconsin for the first time, will continue to meet the critical development needs of startup and fledgling food co-ops across the U.S.

That means success stories like Clifton Market’s in Cincinnati, Ohio, are poised to increase. At their second year at Up & Coming, Clifton Market connected with National Co-op Bank and Shared Capital Cooperative, securing $3 million in financing by December 2015.

Their 23,000 square-foot uptrend grocery co-op—primed to serve thousands of families in Cincinnati and beyond—is celebrating its grand opening this weekend and marking the end of a nearly six-year food desert in the neighborhood.

“The spirit of excitement and commitment to community [at Up & Coming] is invigorating,” said Marilyn Hyland, founding member of Clifton Market’s Board of Directors.

Keith Nyitray, general manager of Sitka Food Co-op in Sitka, Alaska, agrees. “Traveling to Up & Coming from Alaska isn’t easy, but it’s always well worth it! It’s truly invigorating to meet and be with so many other cooperators. I always come back with pages of notes on how to help grow our co-op successfully.”

And grow it has—Sitka Food Co-op started in 2010 with 13 families and now counts 200 active households and businesses as members.

Deb Trocha, executive director of the Indiana Cooperative Development Center—which organizes the conference with its partner Food Co-op Initiative—says one of the strengths of Up & Coming is that attendees determine the focus and agenda.

Through connections made at Up & Coming, the Clifton Market startup secured $3 million in funding to open a grocery co-op in Cincinnati. The co-op celebrates its grand opening this weekend. [photo: Cincinnati Business Courier]This year, the conference is adding a new peer-learning track for cooperators working in low-income urban communities. “We heard loud and clear that people were interested in learning more about co-op development in urban communities, particularly within food deserts,” Trocha said.

She hopes the track helps the food co-op development community better understand the unique challenges of urban communities and identify gaps in service that the cooperative business model can address.

“I believe in the cooperative model and its ability to meet the unmet needs of community members, whether those needs are food or otherwise,” she added.

Other new topics Up & Coming will explore in March include Policy Governance 101, Keeping Volunteers Engaged and Enthusiastic, What to Do When [Expletive] Hits the Fan, and Sizing up the Competitive Landscape.

Topics like these help startup food co-ops benefit from the experience of more established co-ops.

“When you’re part of a startup, it can sometimes feel like you’re all alone in the world,” Trocha said. “But being part of the Up & Coming community means being with other people who care about the work you’re doing, are facing similar challenges or have already gone through those challenges and can give you advice.”

Up & Coming attendees also benefit from a strong local food co-op host. This year, it’s Milwaukee’s Outpost Natural Foods, which began in 1970 when a group of community members worked together to bring healthy foods at fair prices to their neighborhood. Today, the co-op employs nearly 500 workers and boasts 22,000 member-owners.

Outpost has also gone “above and beyond” to help the Up & Coming team, Trocha said. “When you’re running a project like this on a pretty tight budget, it’s really awesome when people step in with the level of support we’re getting from Outpost,” she said.

Click here to learn more about and register for the 2017 Up & Coming Conference. 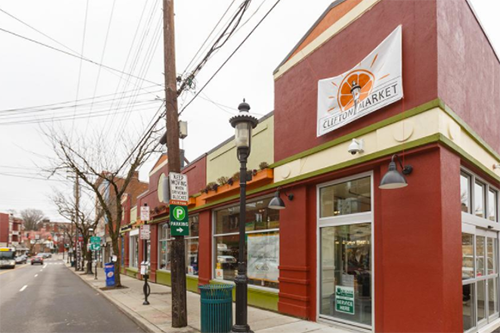