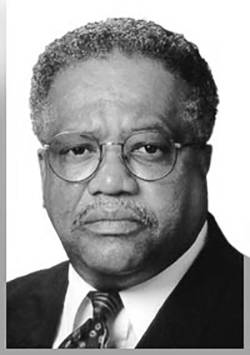 In a March 11 letter, longtime executive director Ralph Paige announced his intent to continue supporting the Federation of Southern Cooperatives in a volunteer capacity, effective March 1, 2015.

Paige joined the Federation of Southern Cooperatives in 1969 as a grassroots organizer and became its executive director in 1985. In 2004, Paige was inducted to the Cooperative Hall of Fame, the cooperative community’s highest honor. A profile released alongside Paige’s induction indicated that, under his leadership, the Federation withstood scarce resources, racism and organized resistance to champion cooperatives and empower black and low-income family farmers in the rural South.

“I look forward to continuing to be involved in the work [of the Federation] as a volunteer and supporter, since I personally do not believe in retiring,” Paige said in the letter.

He also asked friends and colleagues to join him in welcoming Cornelius Blanding as the Federation’s new executive director, effective March 1, 2015.

Acknowledging the transition in a press release from the Federation of Southern Cooperatives, Blanding called Paige “a mentor and friend who worked untiringly with great dedication for three decades to build the Federation and support our membership to realize the vision of social and economic justice in the South through cooperatives, credit unions and community-based development.”

Blanding brings “a strong commitment to the communities that the Federation and I have served for the past 47 years,” Paige said in his letter.

Blanding has worked with the Federation for the past 17 years in various program and leadership capacities to propel the organization and its membership forward. For the past eight months, he has served as the Federation’s deputy director. Previously, Blanding spearheaded several of the Federation’s special initiatives, including its international work in Africa, the Caribbean and around the world; its disaster relief efforts in the wake of Hurricane Katrina, tornadoes in Alabama and the earthquake in Haiti; a U.S. Department of Labor-funded rural workforce development project driven by co-ops; and a pilot urban agriculture project in Cleveland, Ohio.

“I am looking forward to serving the membership of the Federation and moving our cooperatives forward so they may better serve the communities in the South where they are working,” Blanding said in the press.

Blanding serves on the boards and committees of numerous organizations, among them NCBA CLUSA, Agricultural Safety & Health Council of America, Southeast Climate Consortium, Alabama Department of Agriculture’s Small Farmers’ Marketing & Education Association and the Presbyterian Committee on the Self Development of People.
Blanding is a native of Montgomery, Alabama.