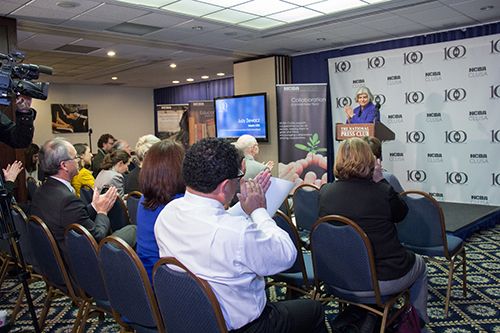 NCBA CLUSA kicked off its 100th Anniversary at the National Press Club earlier this month with the formal launch of the bipartisan Congressional Cooperative Business Caucus and testimonials from a broad spectrum of co-op advocates ranging from top co-op executives to an Organic Valley farmer leading the “Generation Organic” revolution among new family farmers in the U.S. Video of the full press conference is now available. Click here to watch.