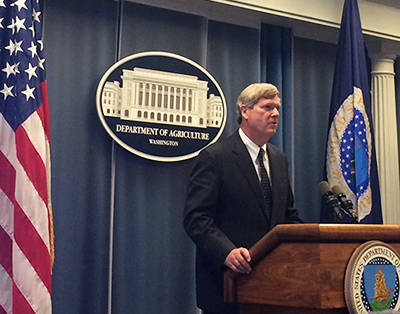 The president’s budget proposal comes just months after NCBA CLUSA’s advocacy efforts helped successfully restore $22 million in funding for RCDG, which was initially eliminated from the 2015 budget in an effort to consolidate several rural development programs into a new economic development grant program.

“NCBA CLUSA has diligently fought for this inclusion on behalf of our members and co-ops across the nation,” said Michael Beall, president and CEO of NCBA CLUSA. “We are pleased that the proposed budget for fiscal year 2016 preserves the only federal program dedicated to advancing cooperative business. This is a pivotal moment for the interests of rural cooperative enterprise.”

In 2014, NCBA CLUSA directly engaged with every member of the House Agriculture Appropriations Subcommittee and followed up with close to 50 other congressional offices that heard directly from their local cooperative development centers. NCBA CLUSA also distributed a request letter and written testimony arguing for the preservation of RCDG funding.

NCBA CLUSA is poised to lead an effort now to ensure this level of funding is retained during forthcoming budget deliberations in Congress this year, said Alan Knapp, NCBA CLUSA vice president of Advocacy.

In a statement released by the U.S. Department of Agriculture last week, Secretary Tom Vilsack said Obama’s budget proposal “creates a pathway toward continued growth and prosperity in rural America,” where “innovative, competent and resilient” communities are benefiting “every American, no matter where they live.”

According to the White House, the president’s $4 trillion budget seeks to modernize the nation’s aging infrastructure and boost middle-class Americans. NCBA CLUSA promotes co-ops as effective partners in job creation and productivity, and sees RCDG funding as critical to achieving this goal.

The primary objective of the RCDG program is to improve the economic condition of rural areas by assisting individuals or entities in the startup, expansion or improvement of rural cooperatives and other business entities. Grants are awarded competitively and on an annual basis to Rural Cooperative Development Centers that, in turn, provide technical assistance to individuals and entities.