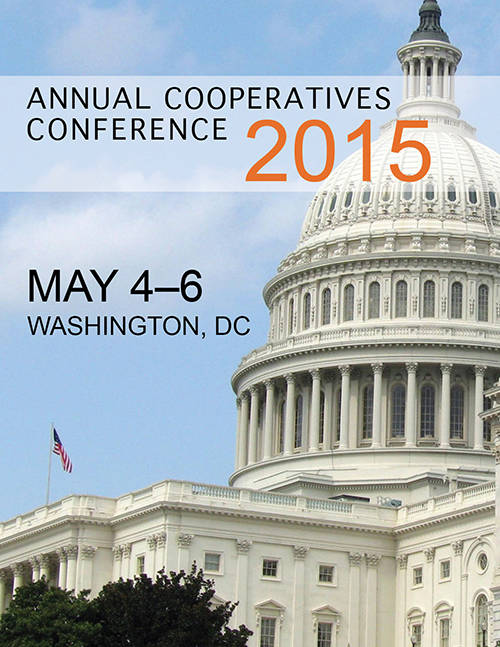 The Embassy of Senegal, one of 17 countries in which NCBA CLUSA works, will host the International Reception at the 2015 Annual Cooperatives Conference next month in Washington, D.C.

The reception is scheduled for Monday, May 4, from 5 – 7 p.m. at 2215 M Street NW. NCBA CLUSA president and CEO Mike Beall, NCBA CLUSA COO for International Development Amy Coughenour and Ambassador Babacar Diagne are each expected to speak briefly at the event.

NCBA CLUSA senior leadership first met with Ambassador Diagne in March during a week of strategic meetings meant to create linkages between NCBA CLUSA and the embassies representing countries in which the organization works. Beall and Coughenour presented the impact of NCBA CLUSA’s USDA-funded Millet Value Chain project and USAID-funded Yaajeende project—widely seen as a pioneer in nutrition-led agriculture.

By its completion, Yaajeende will have improved nutrition and sustainable access to food for more than 1 million people across 60 rural communities of Senegal by increasing the quantity, quality, price of, access to and consumption of nutrient-dense foods, such as orange-flesh sweet potatoes. The project has reduced the prevalence of acute malnutrition in children under five by 25 percent and reduced by 59 percent the number of households that consume fewer than two meals per day, leading to stronger, healthier communities.

NCBA CLUSA has been active in Senegal for more than a decade in the areas of agriculture development, natural resource management, food security and nutrition, conservation farming, women’s economic empowerment and rural agriculture as a business.

The International Reception is part of NCBA CLUSA’s 2015 Annual Cooperatives Conference. This year’s conference, which falls during National Co-op Week, will focus on advocacy and give NCBA CLUSA members and supporters an opportunity to bring their cooperative voices directly to elected officials and policymakers in the nation’s capital.