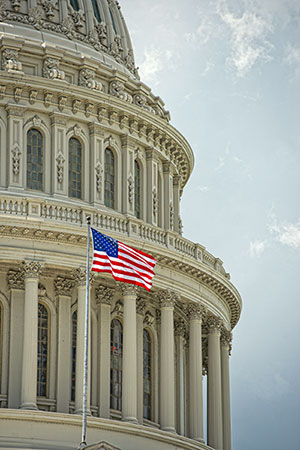 NCBA CLUSA will closely follow several legislative issues affecting the cooperative sector this year, and is poised to actively engage with members of the 114th Congress to advance the priorities of co-ops. With more than 60 new members of Congress taking office, NCBA CLUSA recognizes 2015 as a prime opportunity to educate and inform freshman lawmakers on the powerful impact cooperatives have on the nation’s economy. From May 4 to 6, NCBA CLUSA’s Annual Cooperatives Conference will take on a new format—the first ever multi-sectorial cooperative advocacy conference in Washington, D.C. Through multiple “hike the hill” opportunities, discussions and a lineup of powerful speakers, this conference will focus on promoting the cooperative business model as a viable and vibrant market solution to help solve many of today’s pressing public policy matters. Find out how to add your voice to the conference at ncbaclusa.coop.

Throughout the year, NCBA CLUSA will focus on policy issues that directly and indirectly impact the continued success of the cooperative business model and its ability to elevate communities, create jobs and better the lives of individuals and families.

One issue surrounds tax reform, and how some proposed changes could jeopardize the ability of cooperative businesses to continue to provide quality goods and services at competitive prices for American consumers. The U.S. tax code hasn’t been overhauled since 1986, and support for fundamental changes—especially business tax reform—is mounting among lawmakers. At stake could be how co-ops file taxes, the costs they incur and the revenue they make.

NCBA CLUSA will also continue to advocate for the full authorization of Feed the Future legislation, which in part recognizes the role cooperatives play in solving food insecurity worldwide. With approval last month of the 2014 Global Feed the Future Food Security Act by the U.S. House of Representatives, U.S.-led global food security legislation is one step closer to becoming law.

NCBA CLUSA was integral in advocacy efforts to advance this legislation. NCBA CLUSA organized and hosted a food security briefing, held with lawmakers in the House Foreign Affairs committee room on Capitol Hill, rallied support for the bill and highlighted how NCBA CLUSA’s sustainable, nutrition-led agriculture approach complements the larger global food security strategy proposed by Feed the Future. NCBA CLUSA will lead a similar advocacy campaign in 2015, when the Senate is expected to consider the bill.

The funding of cooperative development is also on NCBA CLUSA’s radar this year. In December, Congress passed a major federal spending bill that preserved core funding for the Rural Cooperative Development Grant (RCDG) program in 2015. Going forward, NCBA CLUSA will push for continued funding for rural cooperative development grants at sustained levels in the fiscal year 2016 budget and appropriation bills.A presence for cooperatives on Capitol Hill unifying more than 29,000 co-ops nationwide, NCBA CLUSA works to education lawmakers and Congressional staff about the role co-ops play in the U.S. economy.