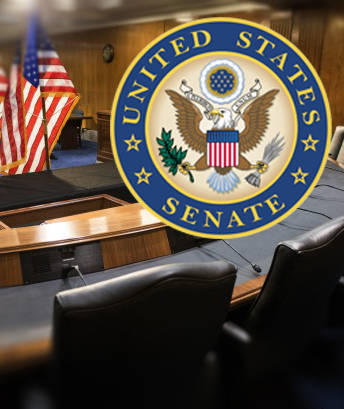 Mike Beall, president and CEO of the National Cooperative Business Association CLUSA International, will speak on behalf of NCBA CLUSA members and supporters, and the cooperative movement at large, during a U.S. Senate Agriculture Committee hearing next week on the opportunities and challenges surrounding agriculture trade with Cuba. The hearing comes amid a breakthrough in U.S. – Cuba relations.

Senator Pat Roberts (R-Kan.), chairman of the Senate Committee on Agriculture, Nutrition and Forestry specifically requested Beall’s testimony at the hearing. Beall and witnesses from seven other organizations—among them the U.S. Departments of Agriculture, Commerce and Treasury and the Department of Agriculture Economics at Texas A & M University—will serve as witnesses, according to an April 14 press release from Chairman Robert’s office.

Beall will present the lead testimony on the second panel of the hearing, which is scheduled for Tuesday, April 21, 2015, at 10 a.m. in room 328A of the Russell Senate Office Building. Beall’s testimony will educate lawmakers on the critical role co-ops play in the U.S. economy and highlight the need to support further cooperative development in Cuba.

Space is limited in the hearing room, but proceedings will be webcast live from the Senate Office Building via NCBA CLUSA’s website: www.ncbaclusa.coop/Senate-hearing.

NCBA CLUSA was at the leading edge of a historic shift in U.S. – Cuba relations in December 2014. Prior to the Obama Administration’s decision to normalize diplomatic relations between the two countries, NCBA CLUSA led a research and education tour of Cuba’s emerging co-op sector. As part of economic reforms, Cuba is shifting many of its state-owned farms and businesses into cooperatives.

In early March, NCBA CLUSA formally launched the U.S. – Cuba Cooperative Working Group (USCCWG) at a press conference at the National Press Club in Washington, D.C. The USCCWG released a research report on the emerging role co-ops are playing in Cuba’s economic reform and how engagement between the U.S. and Cuban cooperative sectors can bolster the movement in both nations.