Guided by a set of 7 Cooperative Principles, co-ops are owned and governed by their members—not stockholders. The 40,000 co-ops in the U.S. range in size from small, neighborhood stores like your local Ace Hardware to $30 billion multi-national organizations like Land O’ Lakes. Cooperative businesses operate across virtually all industries, or sectors:

Ask Us a Question  What is a Co-op? 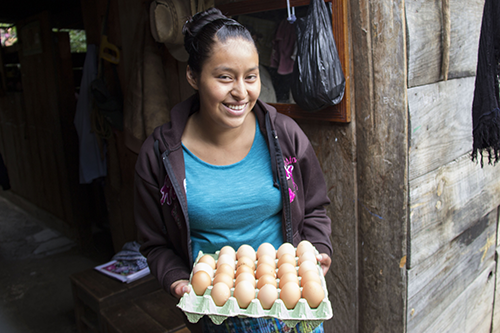 Co-ops account for a significant portion of economic activity in U.S. agricultural and food markets. Producer co-ops help farmers buy necessary supplies and services to operate their individual farms and more efficiently market their products. As single farms, they wouldn’t have access to these services—or the cost savings that they reinvest in their communities. Familiar brands include Blue Diamond, Riceland, Florida’s Natural and Ocean Spray.

The structure and scope of education co-ops vary widely, but they usually fall into one of three categories: 1) collective purchasing by educational institutions, 2) direct delivery of educational services to the children of “parent-members” or 3) affiliated worker-owned schools, with teachers as member-owners. State, county, municipal and town governments—as well as independent school districts—can all have a role, depending on state laws.

More than 110 million Americans belong to a credit union—that’s one-third of the total U.S. population. Credit unions can be found in every state and nearly every congressional district. The Credit Union National Association (CUNA), based in Washington, D.C. and Madison, Wisconsin, is the premier national trade association serving America’s credit unions. With its network of affiliated state credit union leagues, CUNA serves America’s nearly 7,000 credit unions.

National Co+op Grocers (NCG), a business services cooperative for retail food co-ops located across the U.S., currently represents 148 food co-ops operating more than 200 stories in 38 states with a combined annual sales of close to $2 billion. NCG helps unify natural food co-ops to maximize operational and marketing resources, strengthen purchasing power and ultimately offer more value to food co-op owners and shoppers. Each $1 spent at a food co-op is reinvested into its local community at an average rate of 160 percent.

Co-ops and American healthcare date back to the early 1900s when hospitals formed the earliest co-op purchasing groups to gain better access to goods and services. While this function still dominates the sector, the last 25 years have seen an evolution in the healthcare co-op sector: local pharmacists maintaining their independence through purchasing, employers jointly negotiating better insurance rates to lower premiums and prescription costs, worker-owned home care co-ops offer improved working conditions for staff and provider networks are cooperating to improve rural healthcare.

Housing co-ops have roots in the late 1800s and today are mostly concentrated in major cities like New York, Chicago and Washington, DC. However, co-op housing has also become an affordable model for college students nationwide. Housing cooperatives offer the more than 1 million families who live in them a collective and democratic ownership structure, limited liability, lower costs and non-profit status.

The first co-op in the U.S. was a mutual insurance company founded in 1752 by Benjamin Franklin. Today, mutual and fraternal insurance companies embrace that history, as they are wholly-owned by their policyholders. With no stockholders, policyholders vote in board elections and profits earned are cycled back into cost savings programs or returned to members as dividend checks. While mutual and fraternals are technically not cooperatives, both share a primary directive of working to benefit their members.

In a worker co-op, members are employees and bosses—they perform the work but also govern the business democratically through the “one member, one vote” principle. The U.S. Federation of Worker Cooperatives (USFWC) is the national grassroots membership organization for worker co-ops and is working to build a dynamic movement for democratic worker-ownership. In recent years, worker co-op transitions have enabled businesses to avoid big box buyout or closure. The largest worker co-op in the U.S., Cooperative Home Care Associates, has reduced the employee turnover rate in the homecare industry from 60 percent to 15 percent.