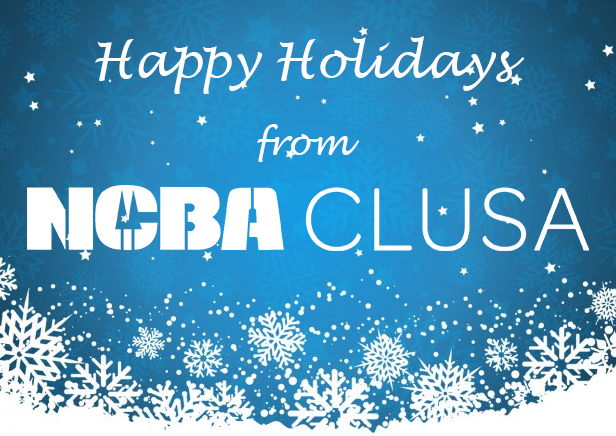 2015 was a year of milestones for the co-op community. In January, singer, actor, civil rights activist and housing co-op champion Harry Belafonte was awarded an honorary Oscar. Austin’s co-op economy topped $1 billion in annual sales this year and the Philadelphia Area Co-op Alliance (PACA) received a $25,000 grant from the USDA to boost local food production and distribution. UN Secretary-General Ban Ki-moon said co-ops make a sustainable future “a reality for everyone,” and Pope Francis said cooperative businesses help build a more inclusive economy. And in October, the nation’s largest consumer co-op and specialty outdoor retailer REI introduced a new logo—the first to include the word “co-op” since 1983, actively embracing their place in the cooperative movement.

2015 was also a significant year for NCBA CLUSA. Here’s a look back on some of the stories and events that helped shape our co-op community this year:

2015 was a pivotal year for advocacy. In March, NCBA CLUSA formally launched its U.S. – Cuba Cooperative Working Group, positioning the organization to better support Cuban economic progress. In October, the USDA held the first meeting of the Interagency Working Group on Cooperative Development, comprised of more than a dozen federal agencies committed to advancing the role of co-ops in the U.S. economy. NCBA CLUSA also monitored budget negotiations during 2015, working to ensure consistent funding for the Rural Cooperative Development Grant (RCDG) program. In December, NCBA CLUSA finalized its work on the long-awaited bipartisan Congressional Cooperative Business Caucus, set to launch next month.

NCBA CLUSA was also an active voice for the co-op community in the U.S. and internationally in 2015. As the nonprofit insurance companies created under the Affordable Care Act faced media scrutiny this year, NCBA CLUSA worked with journalists to clarify the distinction between successful, member-owned co-ops and so-called “CO-OPs,” or Consumer Operated and Oriented Plans, the majority of which are not run as cooperative businesses.

NCBA CLUSA represented the U.S. cooperative sector at the International Cooperative Alliance’s Global Conference and General Assembly in Turkey, speaking on women and food security, the role of co-ops in achieving the UN Sustainable Development Goals and creating a favorable legal environment for co-ops. In November, NCBA CLUSA worked on behalf of NCBA CLUSA board member and CEO of the Shreveport Federal Credit Union Helen Godfrey-Smith to successfully publish a Huffington Post op-ed, describing how co-ops are the key to economic growth. Her article is the first in a series of co-op themed op-eds that NCBA CLUSA is targeting toward major media outlets in 2016.

NCBA CLUSA also made strides this year on the international development front, beginning work in four new countries: Madagascar, Malawi, Mali and the Dominican Republic. President Obama highlighted NCBA CLUSA’s Yes Youth Can! project as an example of success in Kenya, and in Niger NCBA CLUSA partnered with the World Food Programme to build resilience and reduce food insecurity. In April, NCBA CLUSA received a $750,000 grant from Starbucks Foundation to support the livelihoods of coffee farmers in Indonesia.

2015 also saw NCBA CLUSA convening the cooperative sectors at several conferences across the U.S. In May, NCBA CLUSA hosted the first cross-sector cooperative advocacy conference. Highlights included keynotes from Senator Al Franken, Representative Jim McGovern and a Hike the Hill event, holding meetings with more than one third of the U.S. Senate.

In June, NCBA CLUSA launched a national conversation on the future of food co-ops, and at NCBA CLUSA’s 2015 National Purchasing Cooperatives Conference, keynote speaker Evan Hackel challenged cooperators to risk “good” to become “great.” In November, NCBA CLUSA’s second annual Co-op Professionals Conferenceexpanded to include a new network of accounting and legal professionals who meet the unique needs of cooperatives.

In the year ahead, NCBA CLUSA will celebrate its 100th anniversary. Founded on March 18, 1916, NCBA CLUSA has spent the past 100 years protecting, promoting and advancing cooperative businesses as the as the preferred and most resilient business model. We’re looking forward to highlighting 100 years of cooperation, and we want you and your co-op to be part of this milestone. Look for a run-down of anniversary events and opportunities to participate throughout the year coming in January!